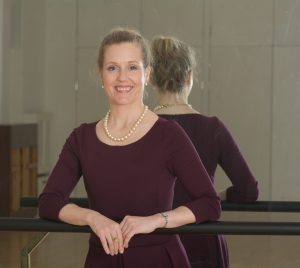 Director Julie Cronshaw is a graduate of the Royal Ballet School’s Teacher’s Training Course and has danced professionally in ballet companies in Germany, the United States and Russia.

She began teaching in the United States returning to England in 1994 to open Highgate Ballet School in 1995.

She gained her ISTD CDE in Dance Teaching in Spring 2007,  the Cecchetti Diploma in 2009 and Fellowship (the highest teaching award given by the ISTD) in 2010.

Julie guest teaches regularly in the UK and internationally and for the Cecchetti Faculty of whom she is also an elected Committee Member. She is a founder member and regular guest teacher for the Auguste Vestris Society, a non-profit, Paris based teaching organisation and Auguste Vestris in Italy and has written several articles for the Vestris Society and international Cecchetti Society magazines.

In April 2012 she organised the first ever weekend seminar of masterclasses bringing together Cecchetti, Bournonville and the Escuela Bolera with international guest teachers in London at Highgate Ballet School.

Julie qualified as  GYROKINESIS ®  Level 1 Teacher in May 2014. GYROKINESIS ® is a registered trademark of  GYROTONIC ® Sales Corp and is used with their permission.

In July 2015 Julie launched an online resource for dancers and teachers, about Enrico Cecchetti and his Method of teaching called TheCecchettiConnection.com. She has recently completed a documentary with accompanying website, with filmmaker George Massey called Ballet’s Secret Code, illustrating the 6 Physical Principles behind the Days of the Week. The filmed exercises were shot on location in London and Florence with assistance from the Auguste Vestris Society in Paris and the Hamlyn School, Florence.

Maddy Woolf nee Wynne-Jones trained in Canada in the 7 year Professional Ballet Stream at the Ottawa School of Ballet. Upon graduation of the course she completed her formal training in the Graduate Intensive Programme at Arts Umbrella in Vancouver, before transferring her emerging career to London. Here she worked as a freelance ballet and contemporary dancer before founding Tempered Body, a professional contemporary dance company, in 2007. In 2009 she was appointed Artist in Residence at Chisenhale Dance Space in East London. She has been teaching at the Highgate Ballet School since 2007, and in 2009 developed the Highgate Ballet School Youth Dance Company.
Maddy gained her Diploma in Dance Instruction for the Cecchetti branch of the  the ISTD in Spring 2012. 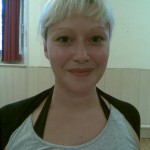 Valerie Borg was born in Malta where she started dancing at the age of 3 at the Tanya Bayona Princess Poutiatine Academy of Dance and later with the Deborah McNamara School of Dance which merged to become the Central Academy.  As well as training in Cecchetti Classical Ballet , she studied Spanish dancing, contemporary, Jazz and national. She has performed as a young dancer on Italian television, in dance competitions and festivals and in numerous productions  She started assisting and teaching Ballet and Jazz to children during this time. In the UK she studied Tap, singing and acting at the London Studio Centre. She has a wealth of experience teaching for various Ballet Schools in London and has also adjudicated at several choreographic competitions.
Valerie has her DDI (Diploma in Dance Instruction) and is completing her DDE (Diploma in Dance Education ) in the Cecchetti Method. She has been teaching at Highgate Ballet School on Saturdays since 2013. 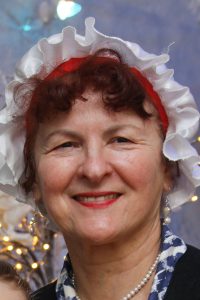 Barbara Massey is a professional actress and has danced all her life. She was born in Hungary and grew up in Philadelphia, USA. She has also lived and worked in Paris and is a fluent French speaker. She translates Hungarian and French. Barbara has been assisting at Highgate Ballet School since its inception in 1995. Recently she has started training to become a Cecchetti ballet teacher, working alongside Ms. Cronshaw daily, and with a focus on teaching the youngest children.  She attends regular teacher training courses in preparation for her DDE,  attended the Cecchetti Teacher’s 2018 Summer school on scholarship, and is currently preparing for her  Cecchetti Intermediate examination. 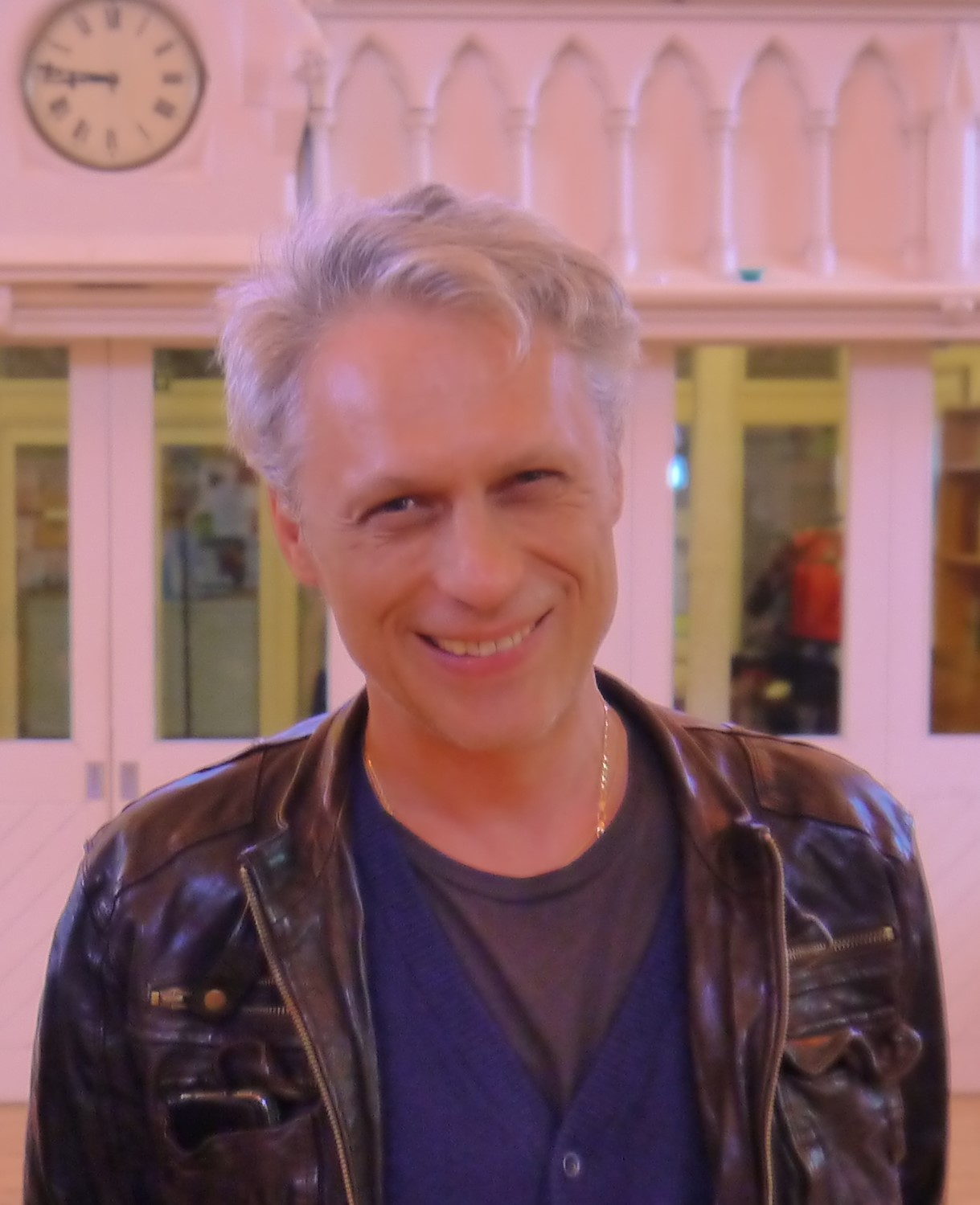 Igor Mukhortov has accompanied at HBS since 2002 and was born and trained in Stavropol, Russia. He accompanies Freelance at various ballet schools in London including for Maddy Woolf and Alexandra Masoero and has formerly accompanied the Degree programme ballet classes at Surrey University. 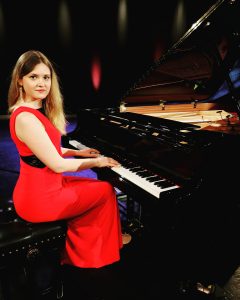 Maria Tataru, born into a family of musicians, is currently Young Artist at the National Opera Studio in London, UK. In 2020, was accepted as a répétiteur at the British Youth Opera for the “Gianni Schicchi” (G. Puccini) opera production (cancelled due to Covid-19).

In 2019-2020, Maria completed the Opera Répétiteur Fellowship with the Royal Academy of Music. In 2019, she undertook a répétiteur placement at the Royal Welsh College of Music and Drama as part of the European Opera Academy.

Maria studied Piano Performance at the attained her Bachelors’ and Masters’ degrees from the Royal Conservatoire Antwerp with Sergei Edelmann (laureate of the Queen Elisabeth competition in Brussels), following studies at the Academy of Music Theatre and Fine Arts in Chisinau in her native Moldova.

From a very young age, Maria has taken part in international music competitions and concerts across Europe as a piano soloist, accompanist and in chamber music ensembles. 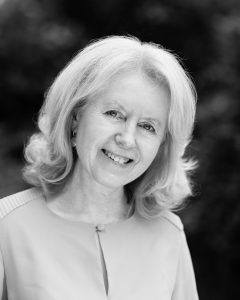 Pamela started ballet from the age of four in Yorkshire, where she passed all the RAD graded exams with distinction. She danced professionally in musical theatre, pantomimes and summer shows in theatres such as Leeds Grand Theatre and Swansea Grand Theatre. On retiring from dancing she moved to Paris where she trained in aromatherapy, later also in London. Pamela studied Waldorf education at the Steiner village in Switzerland and worked as an assistant at the school for children with special needs, teaching watercolour painting and art, and at other Kindergartens in both Switzerland and Paris. On returning to Paris she worked as a British nanny for high profile international families. Now she is back home in the UK  and is delighted to be dancing again, where she is currently studying with Ms. Cronshaw.

Ros joined us in January 2019. Born and bred in North London, she is an old girl from Channing High School. She has a Classics Degree from Leeds University and has worked for many years as a fashion buyer, in advertising as an Account Director focusing in the digital environment and as an office manager for a busy dental practice. 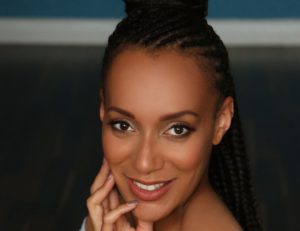 Georgina began dancing at the age of 2 and progressed through the ISTD syllabi and grades for ballet, modern, tap and jazz. She trained and performed with the English Youth Ballet and began contemporary dance with a local company and the Hertfordshire Youth Dance Company. As a teenager Georgina competed with various Hip Hop teams and regularly performed in local musical productions. Georgina went on to train at Urdang Academy, graduating with a First Class BA Hons Degree in Professional Dance and Musical Theatre in 2013. Since then she has performed in various productions including Tina Turner The Rock Legend Musical- European Tour, Son Amar Cabaret, Matthew Bourne’s Prologue, Strictly Come Dancing, Rocketman, WE Day, Big Dance, London Olympic Closing Ceremony, London Men’s Fashion Week and multiple music videos, corporate events and fashion shows. Georgina is a choreographer, agent and casting director within the performing and fashion industries.

Georgina has been teaching children and pre-professional dancers for over 12 years and regularly choreographs for prestigious and world ranking companies and teams. She is passionate about building diverse and versatile dancers with an understanding of how to train their bodies safely and grow into confident students and performers. 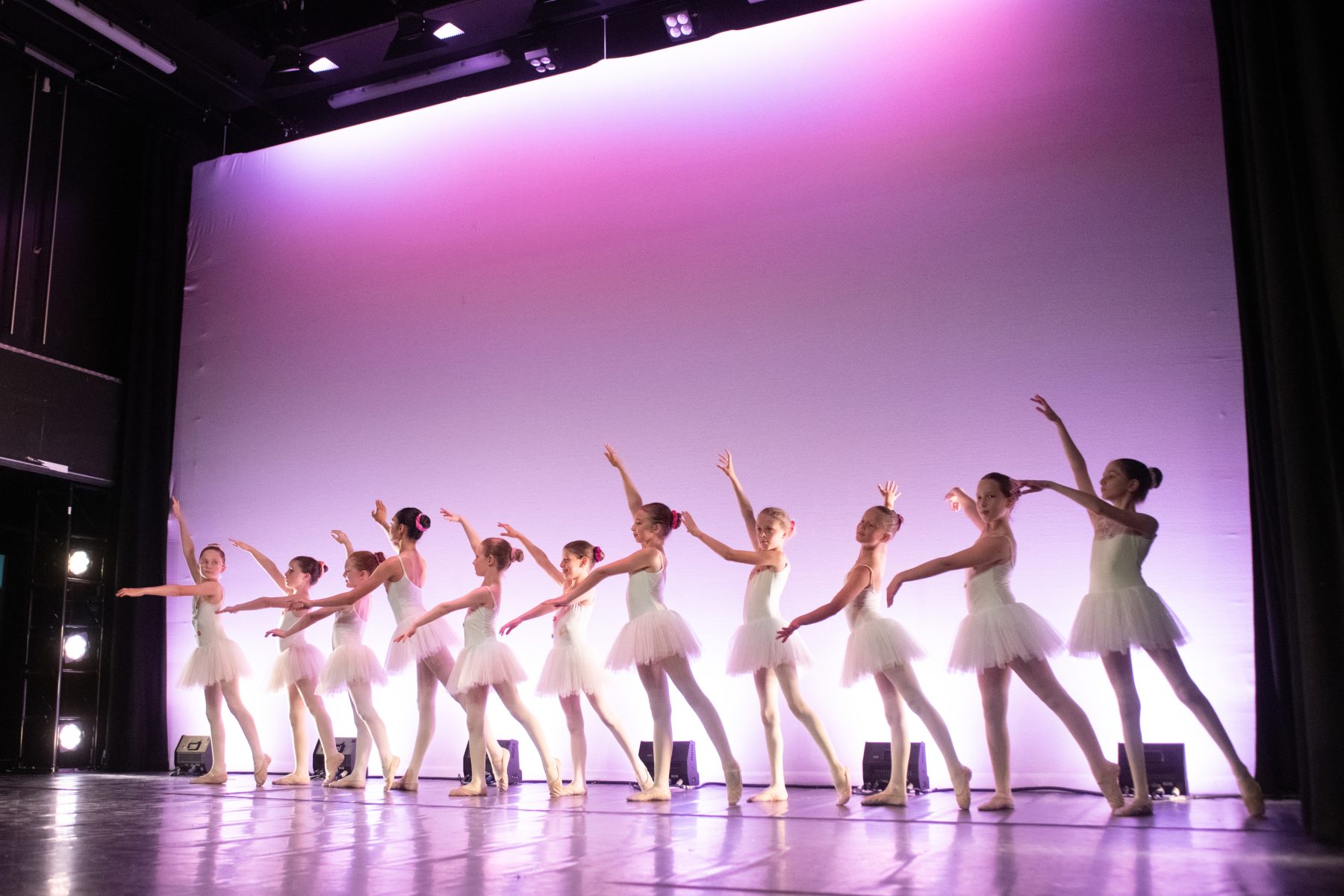 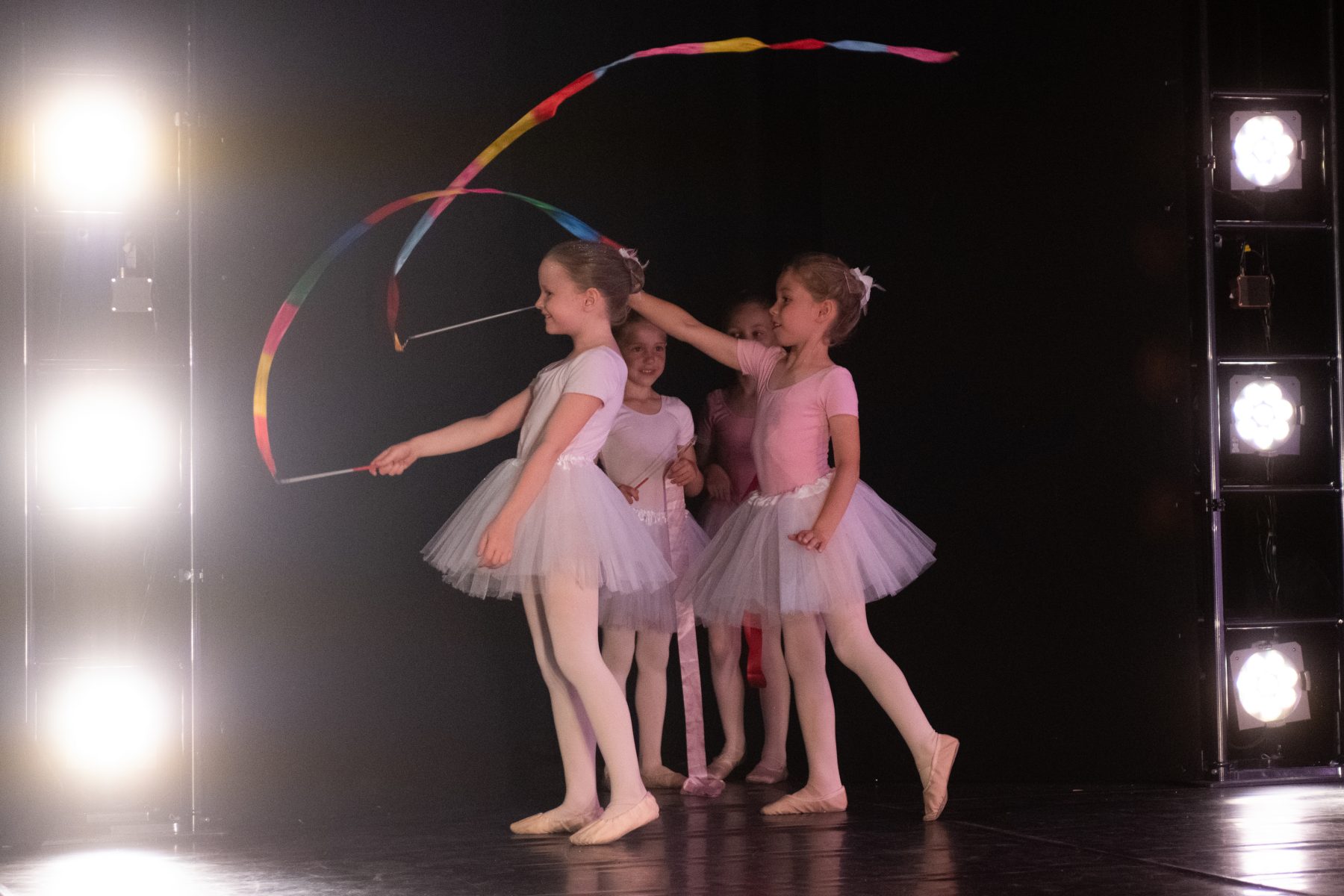 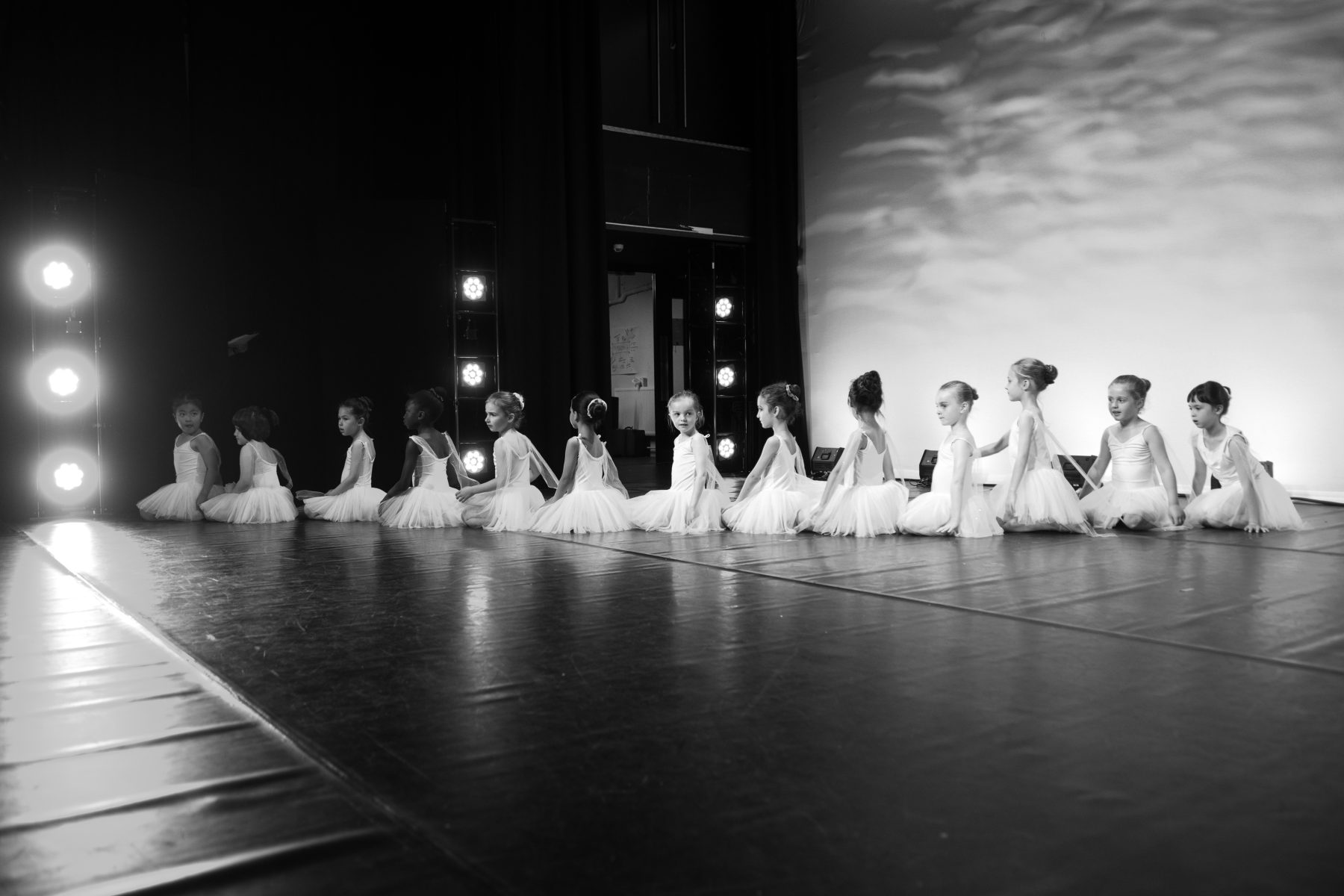 std 1s sit in a line 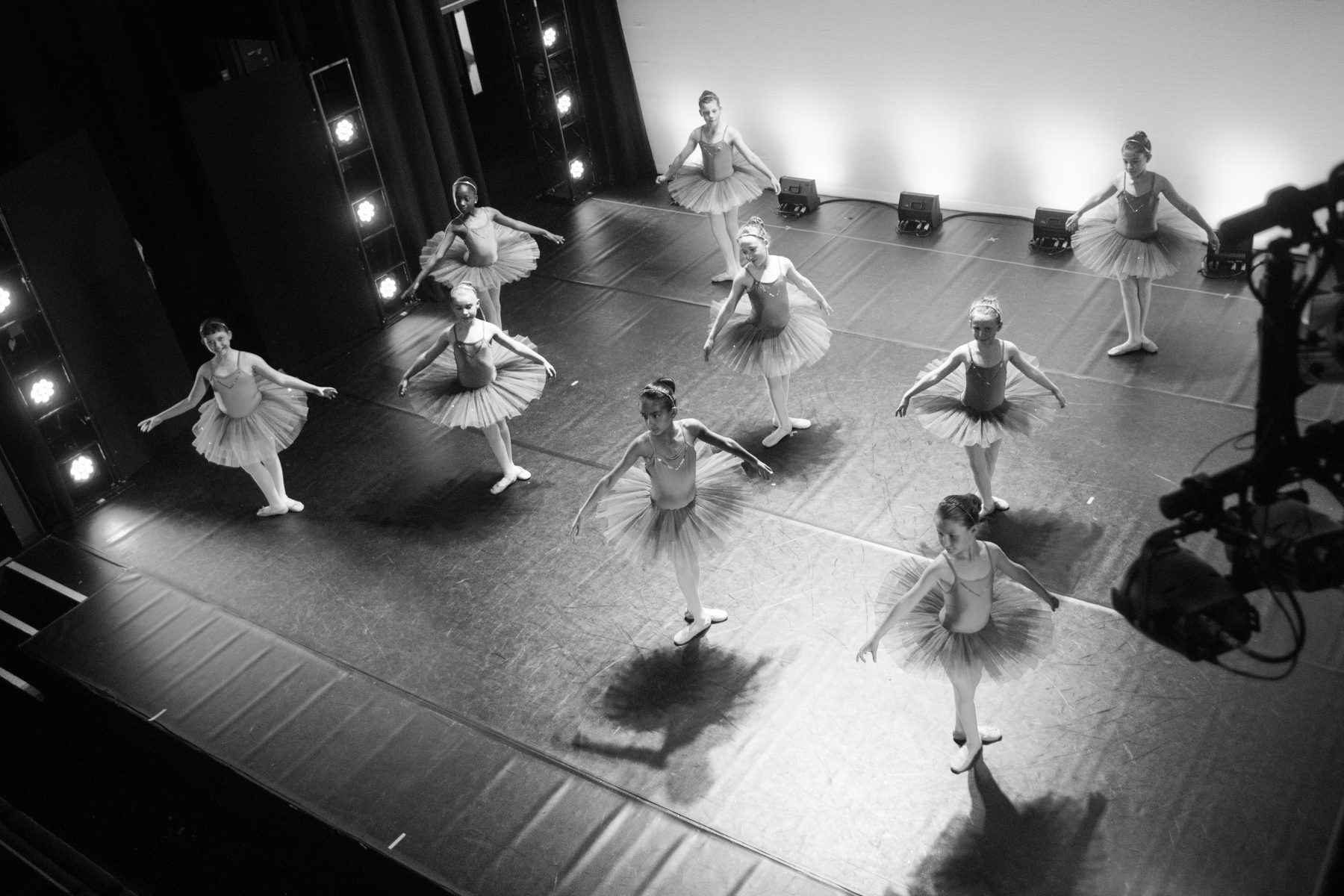 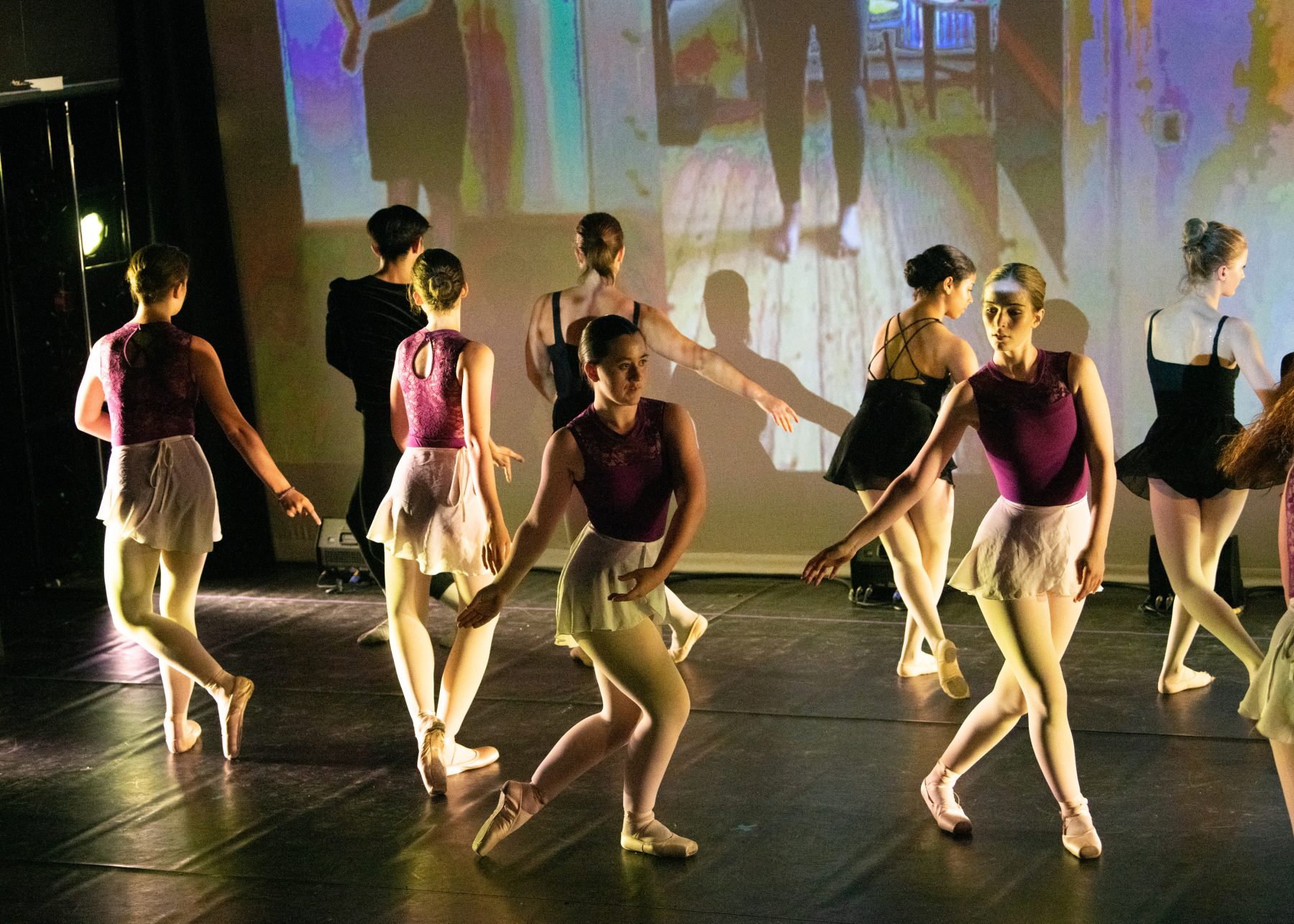 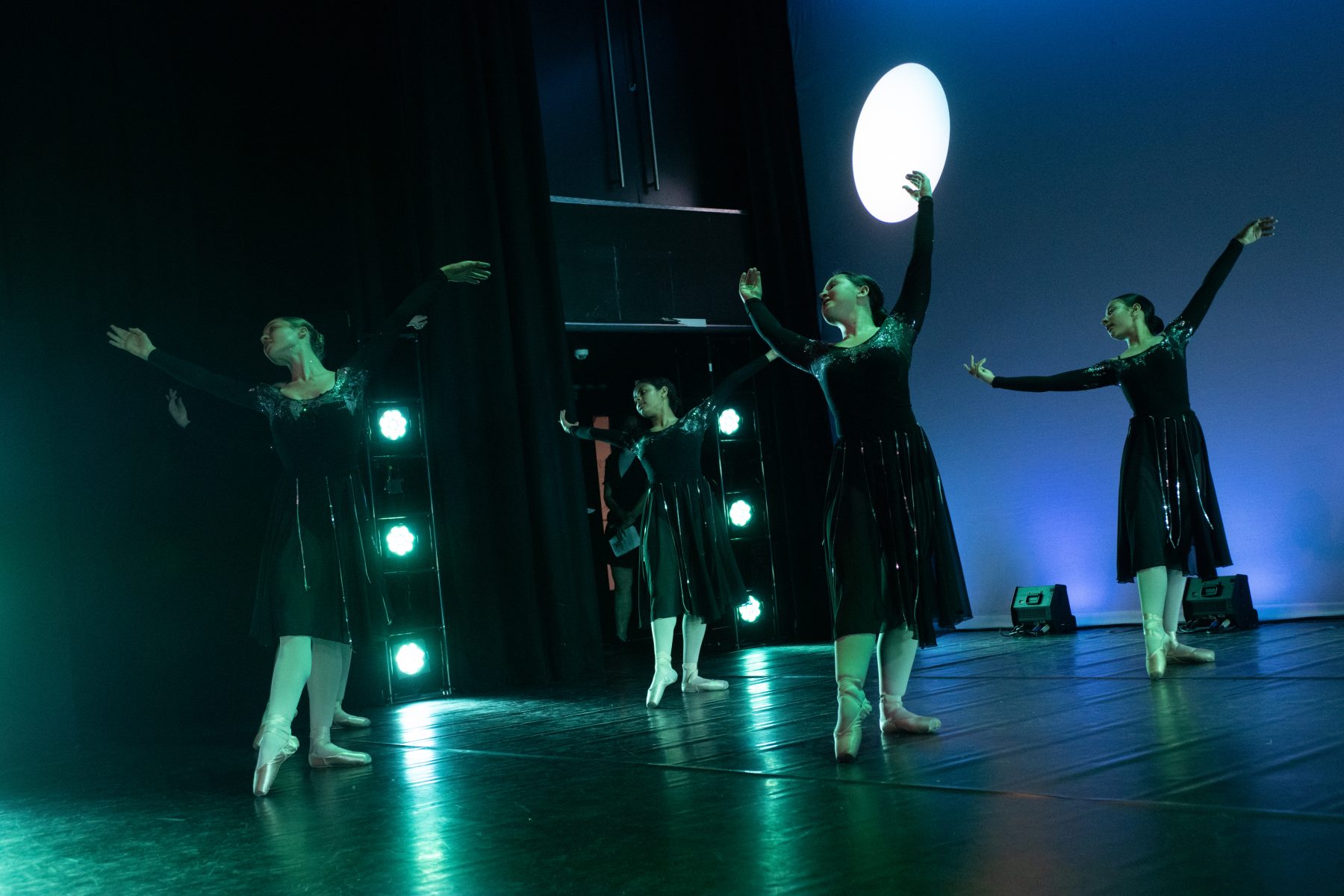 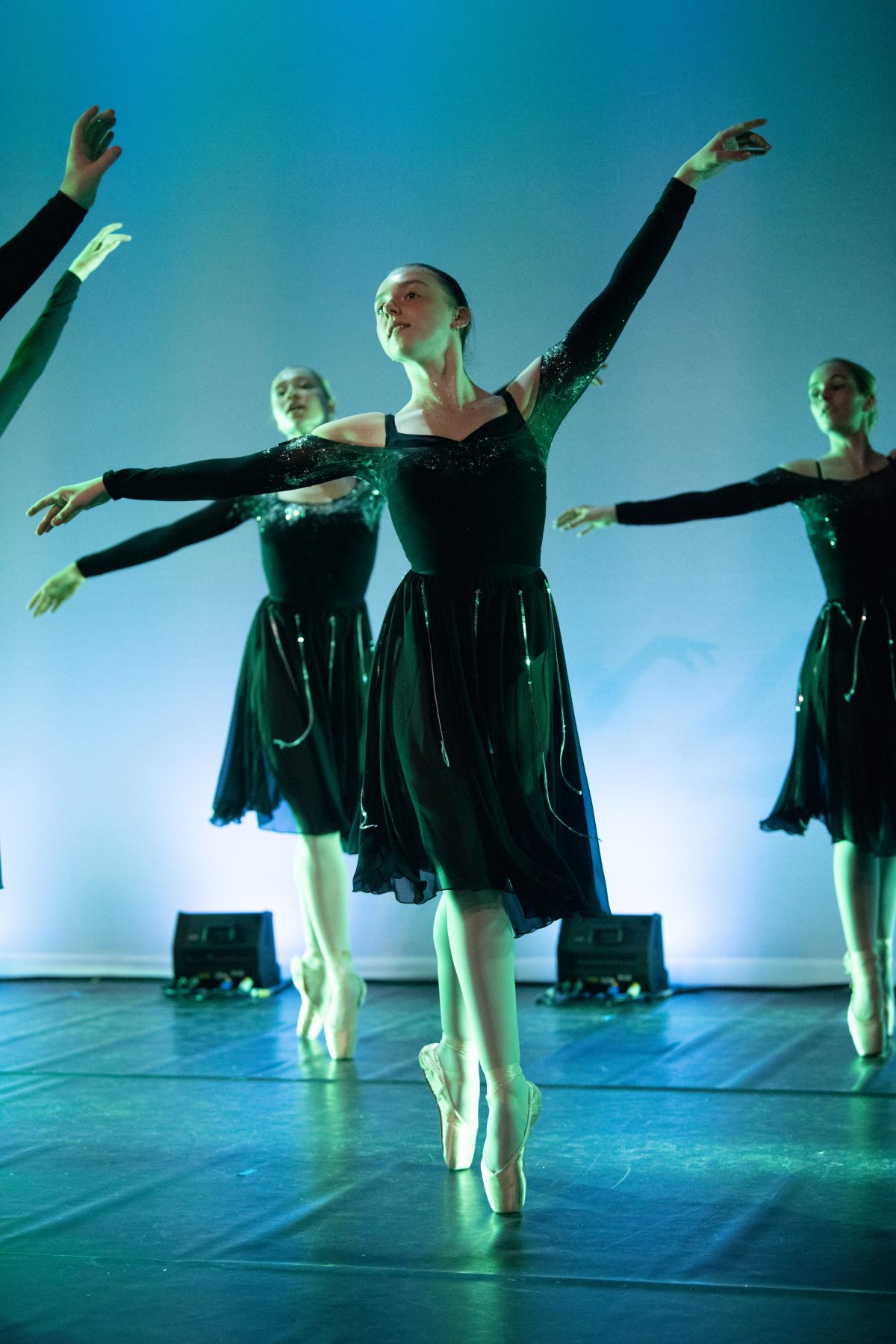 school show 2022 moon on the water photo by Karolina Webb

school show 2022 moon on the water 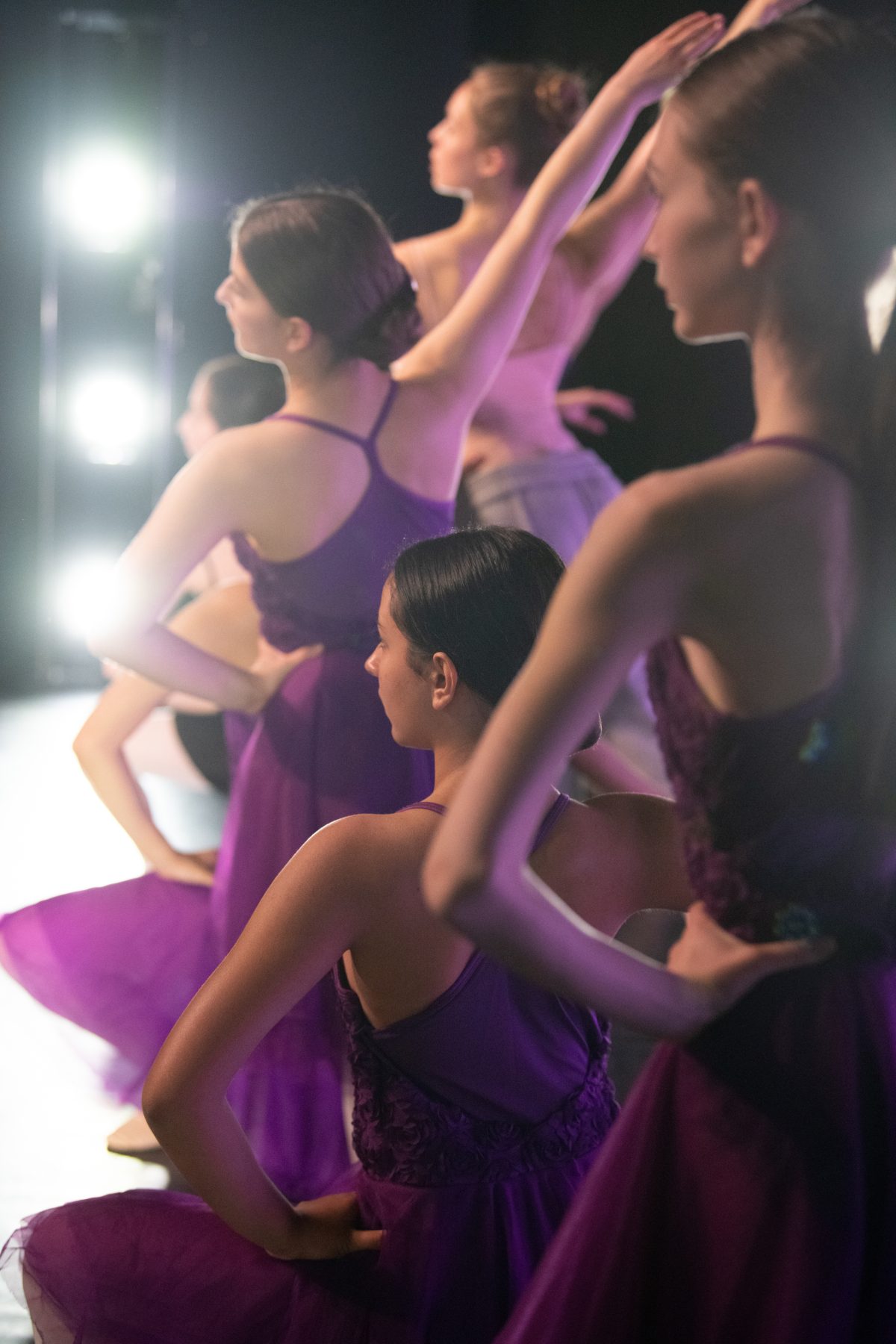 School show 2022 from the wings photo by Karolina Webb

School show 2022 from the wings 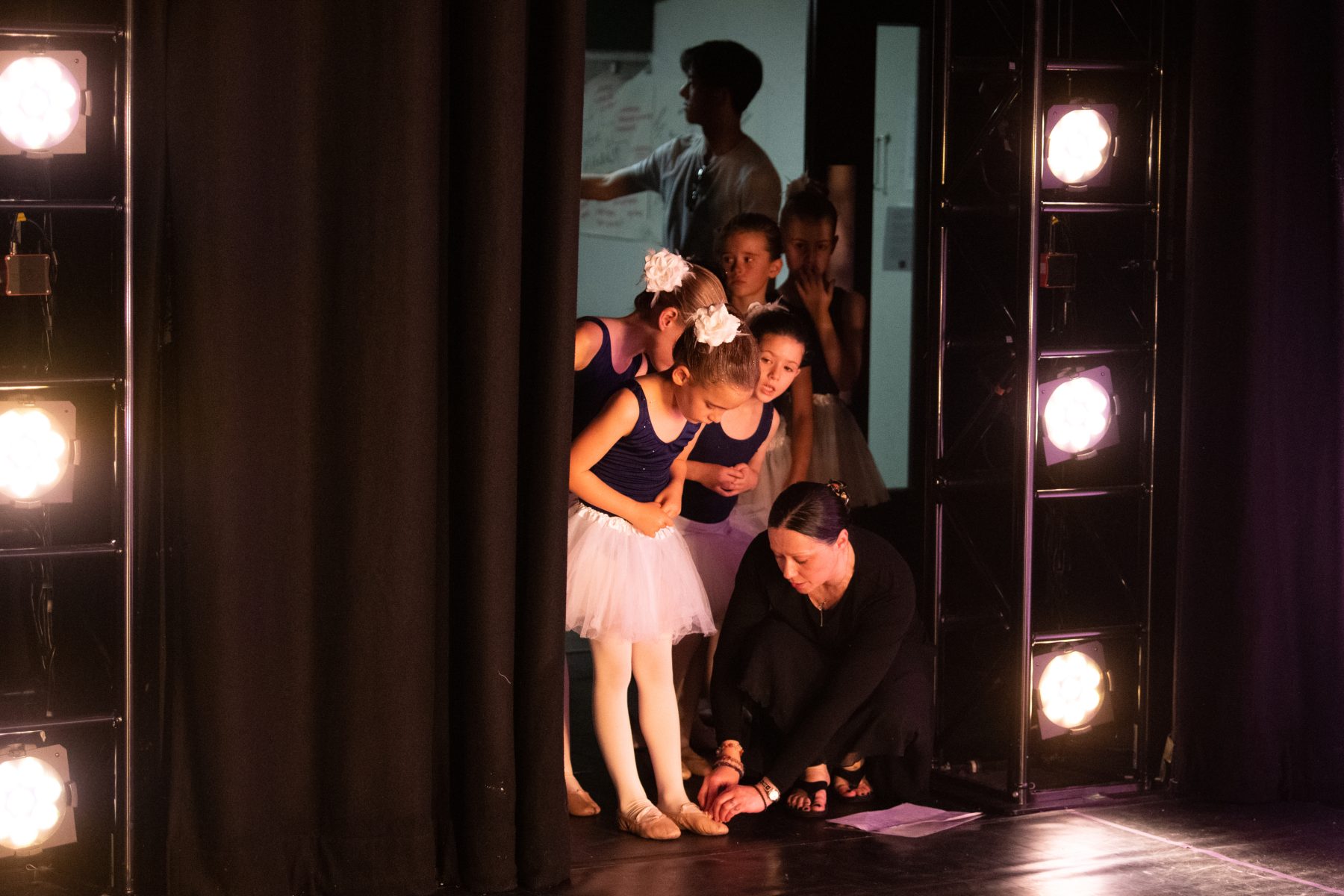 School show Miss Val and Grade 1s in the wings 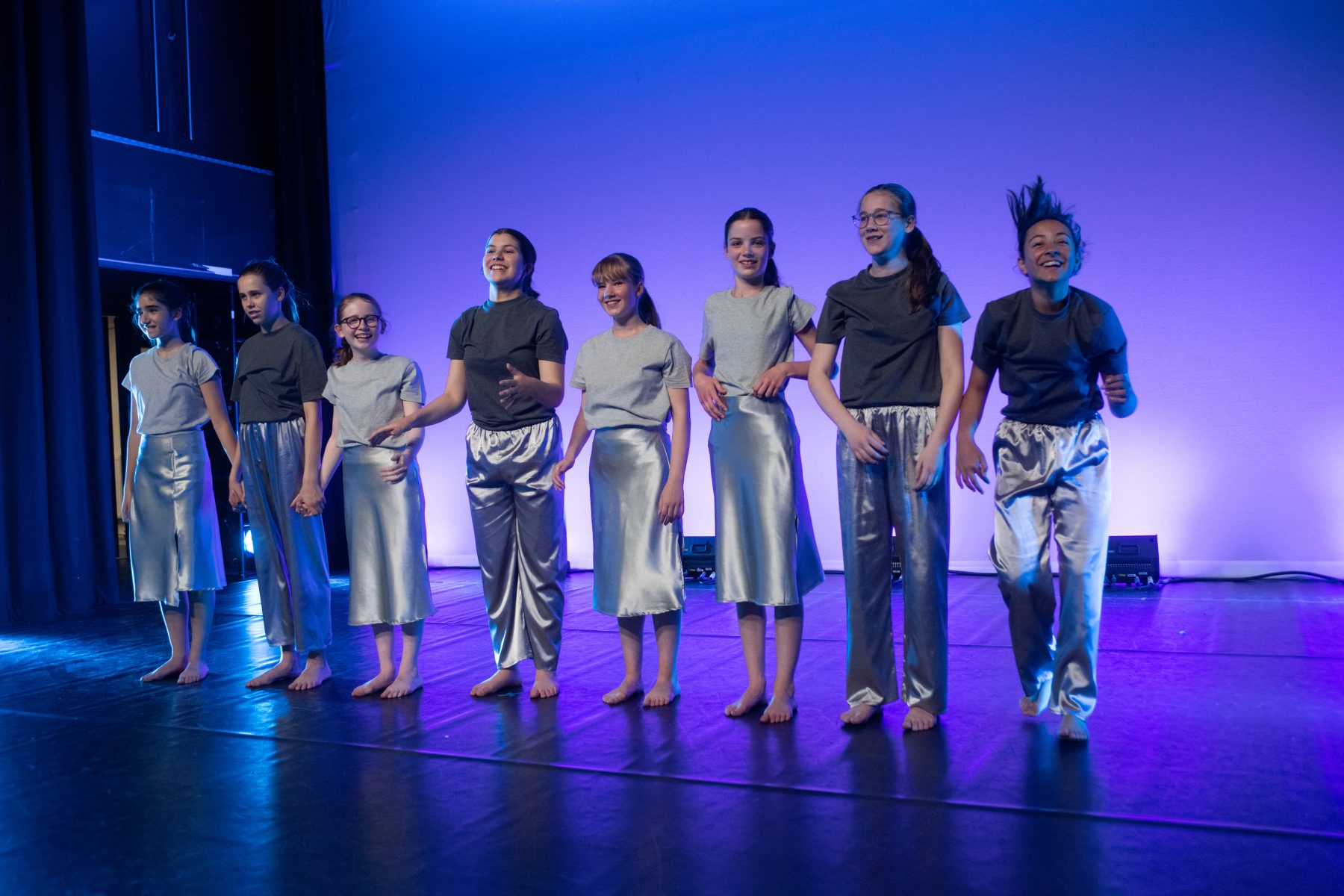 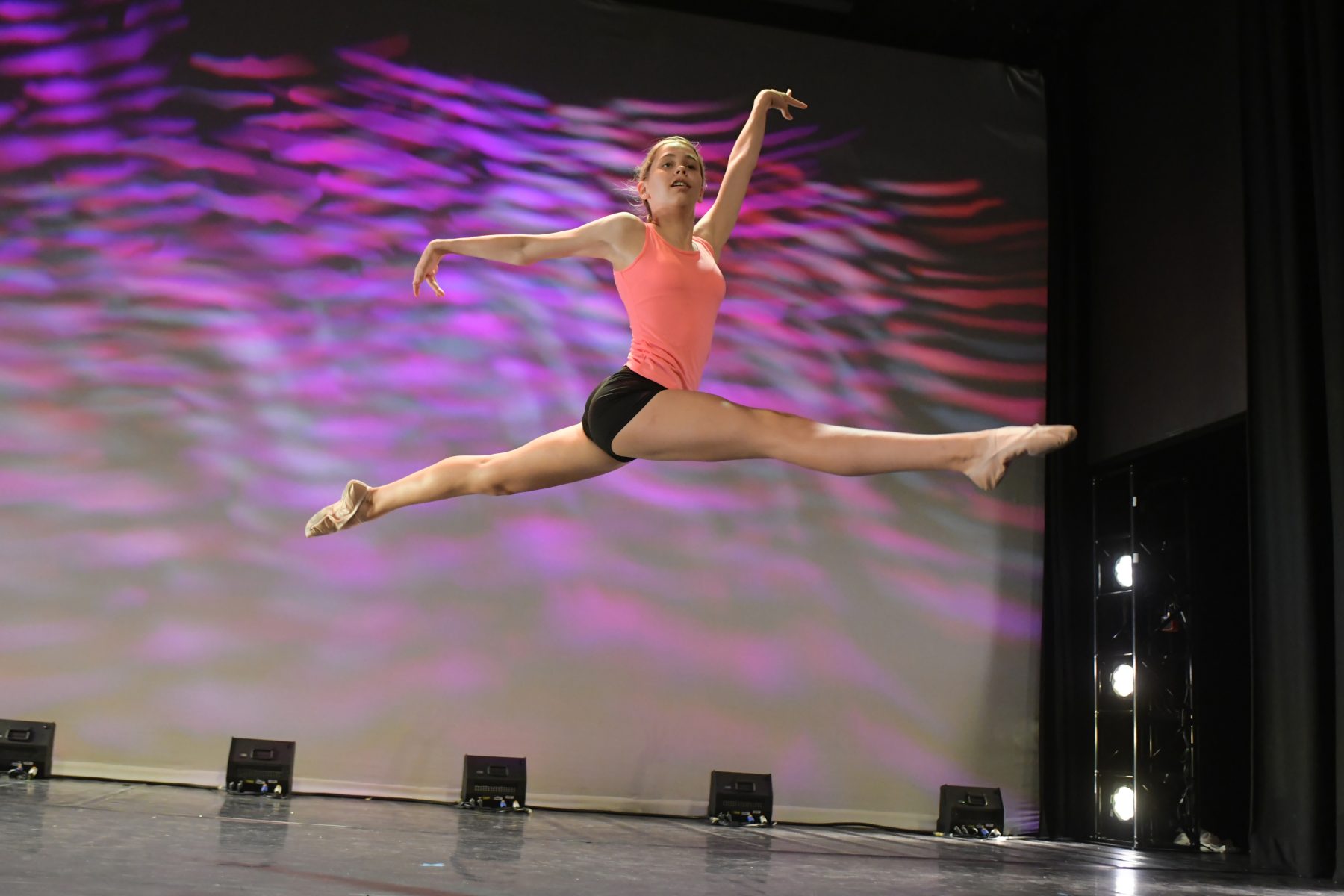 Eye of the tiger leap 2 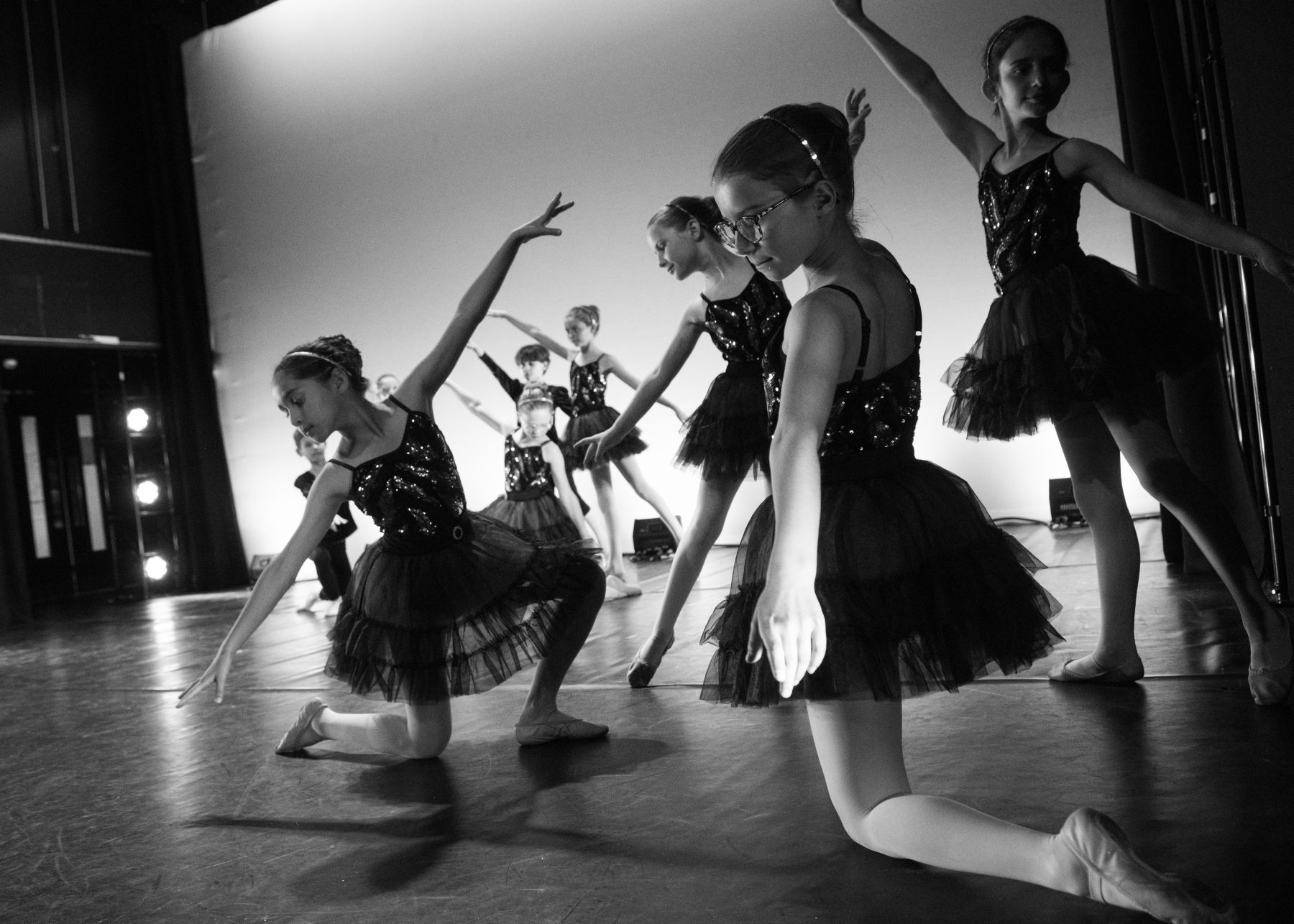 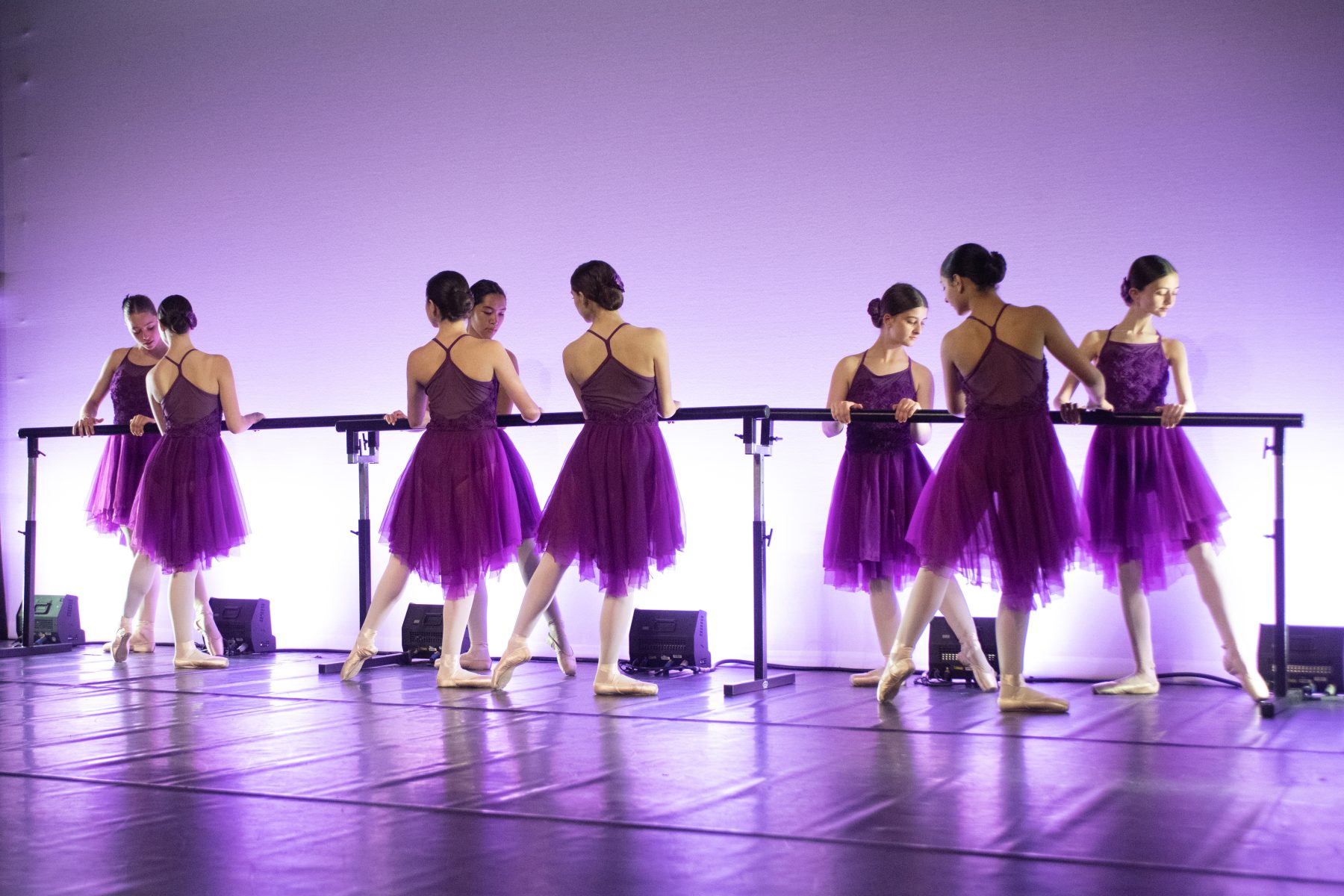 inter founds at the barre tendu 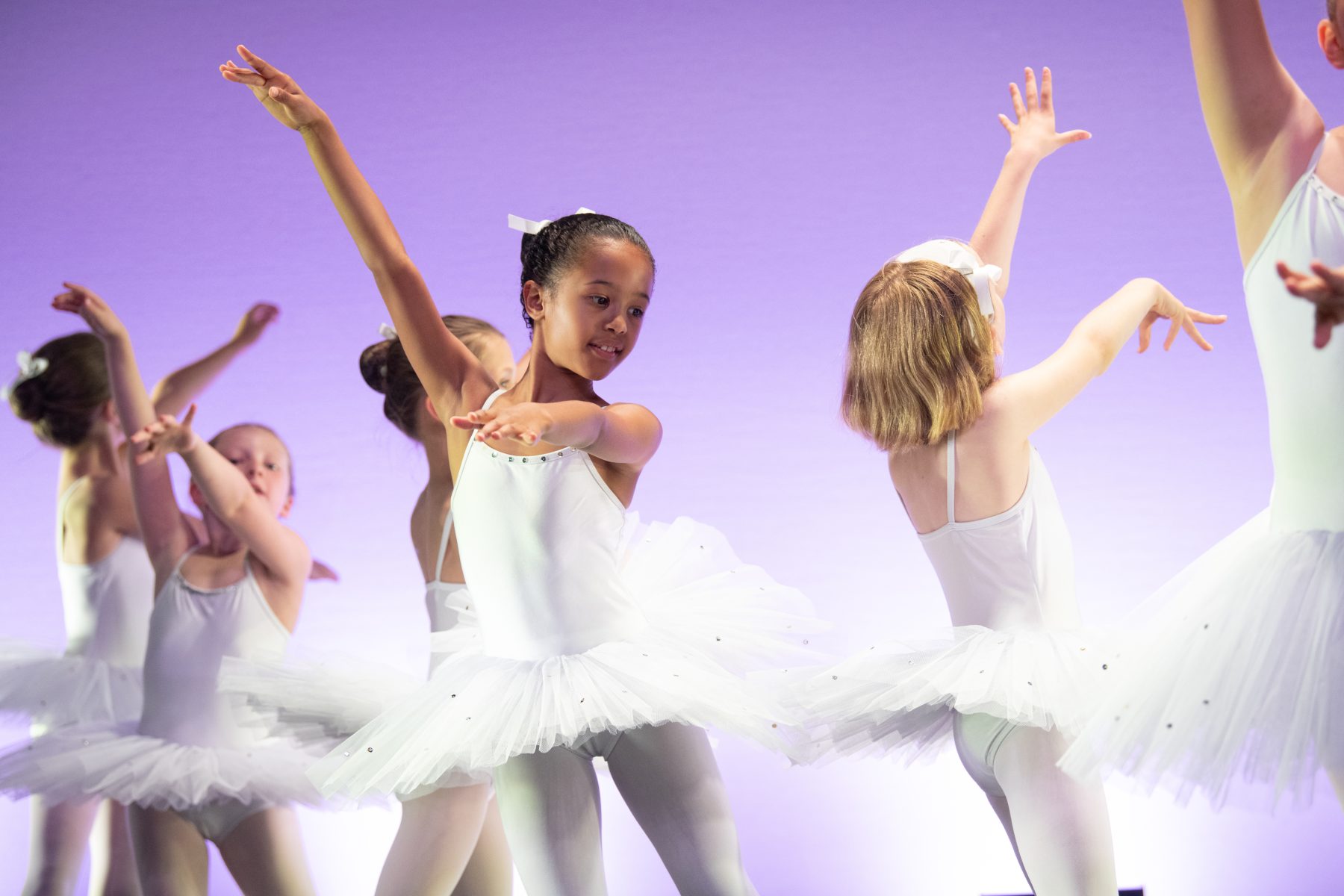 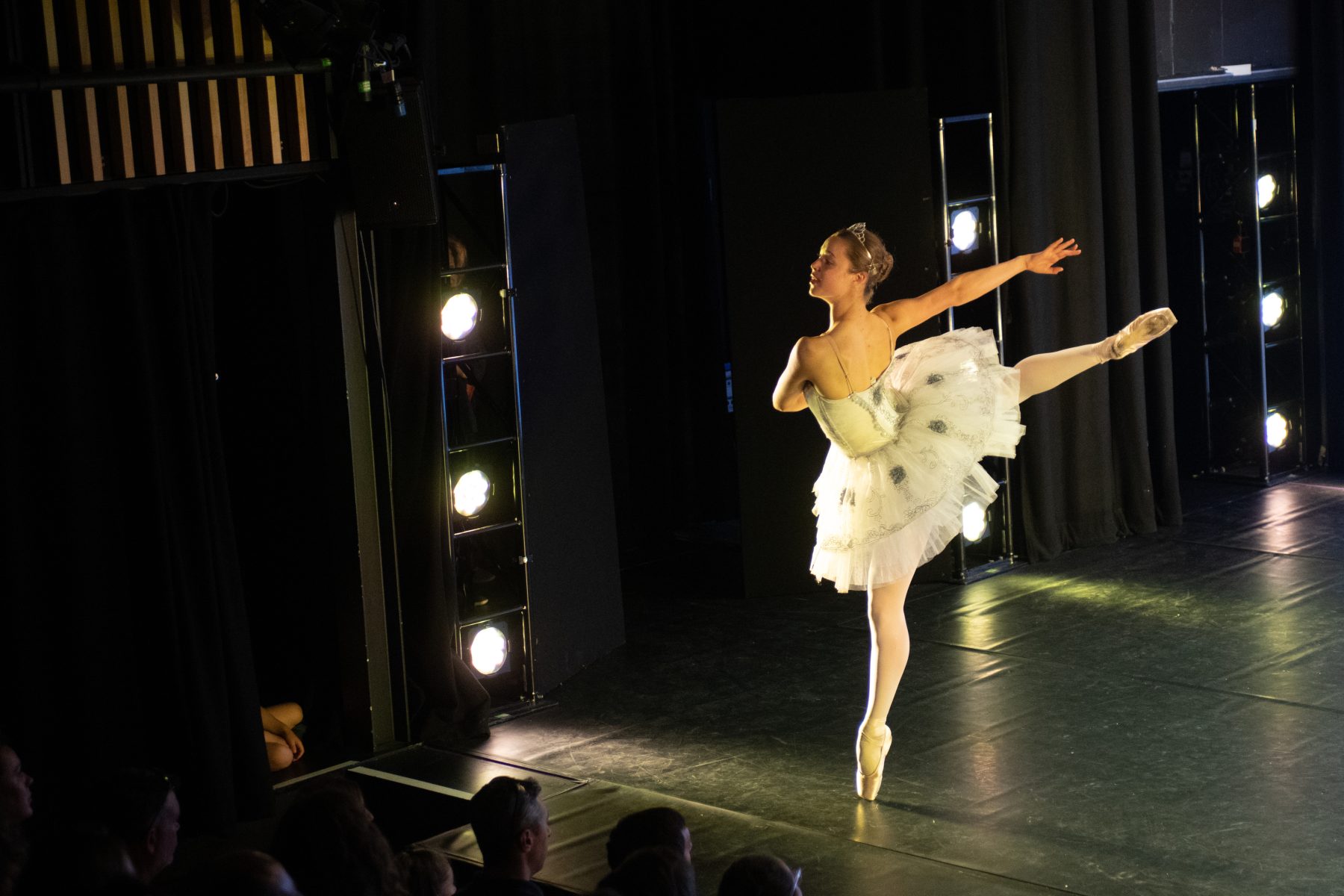 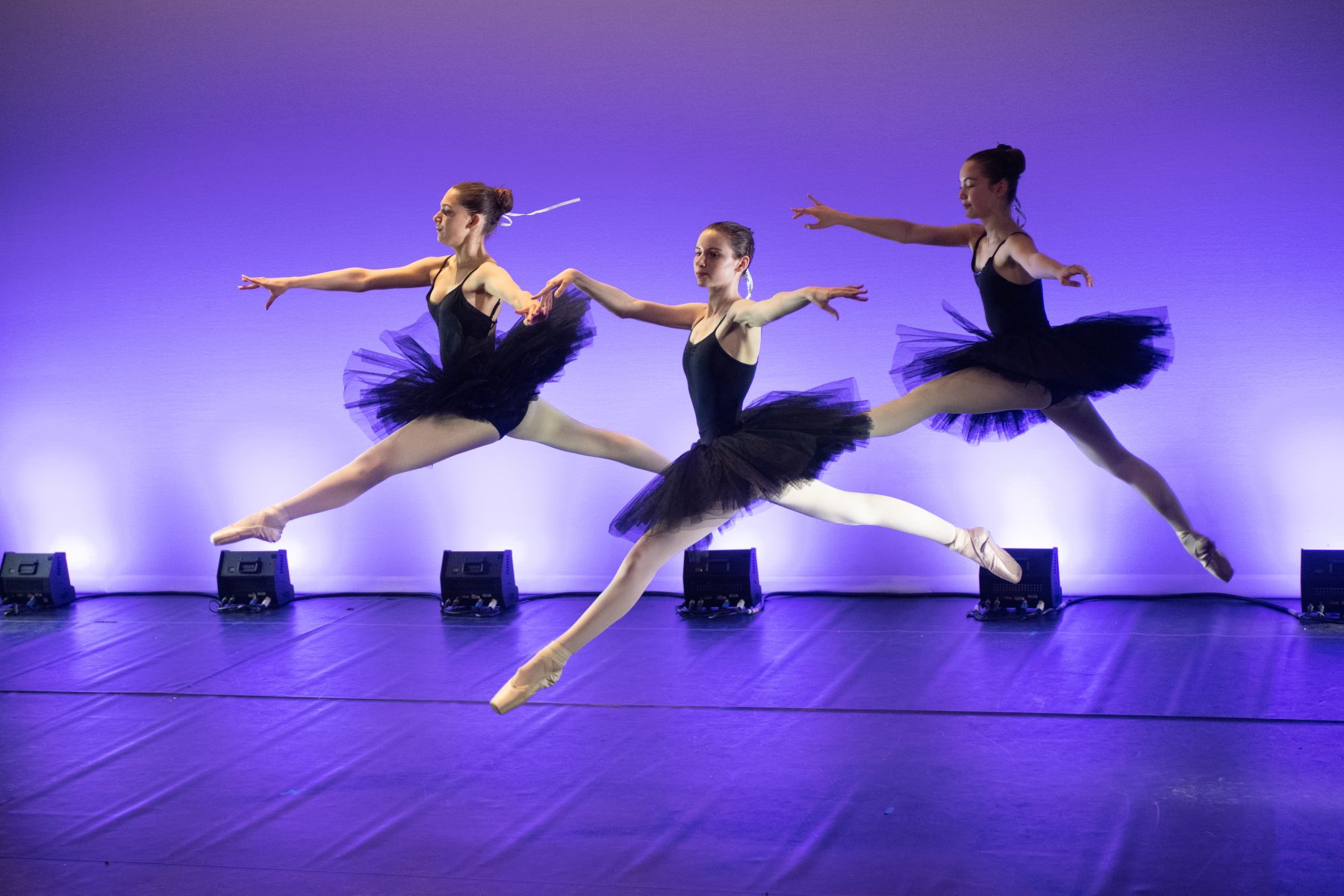 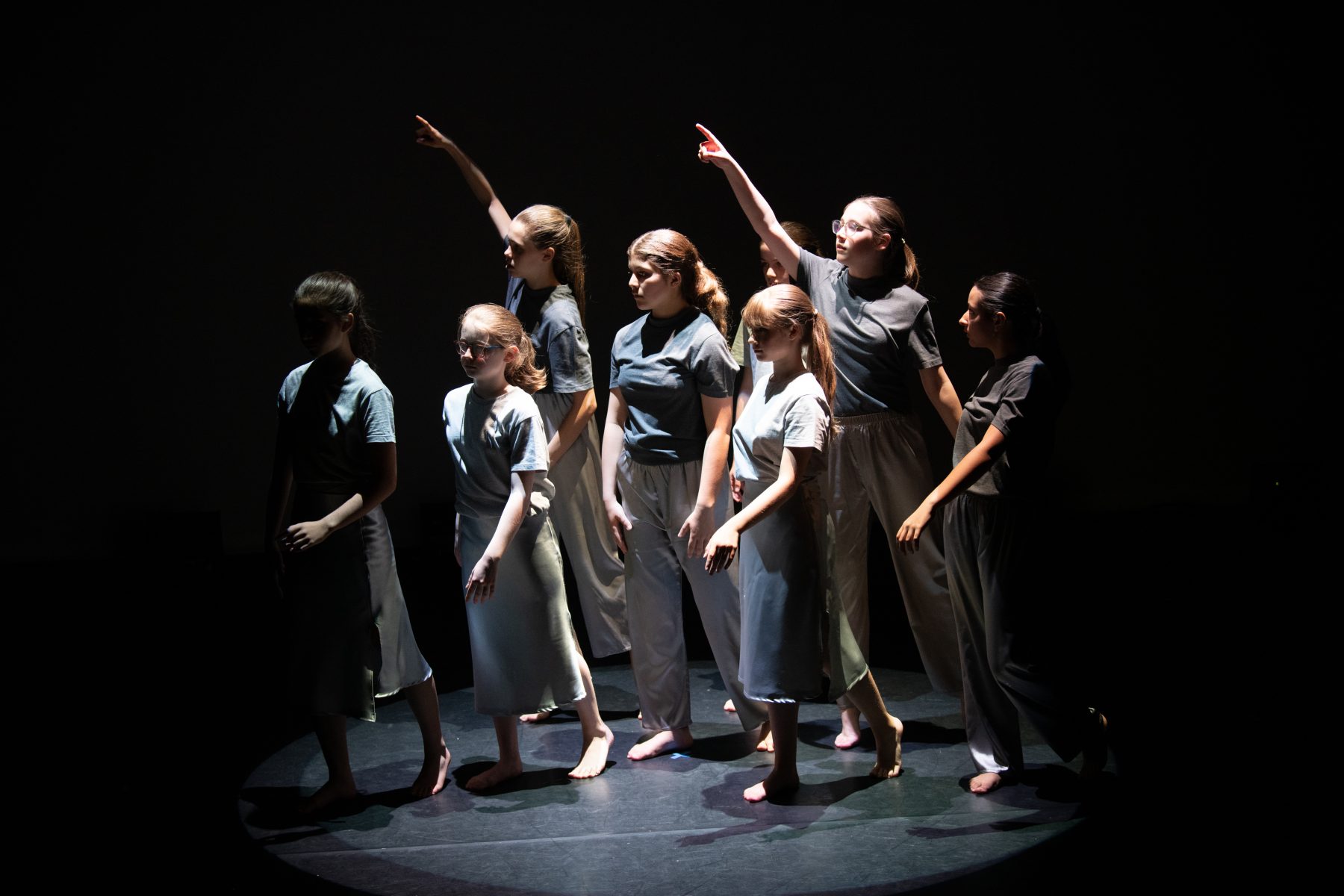 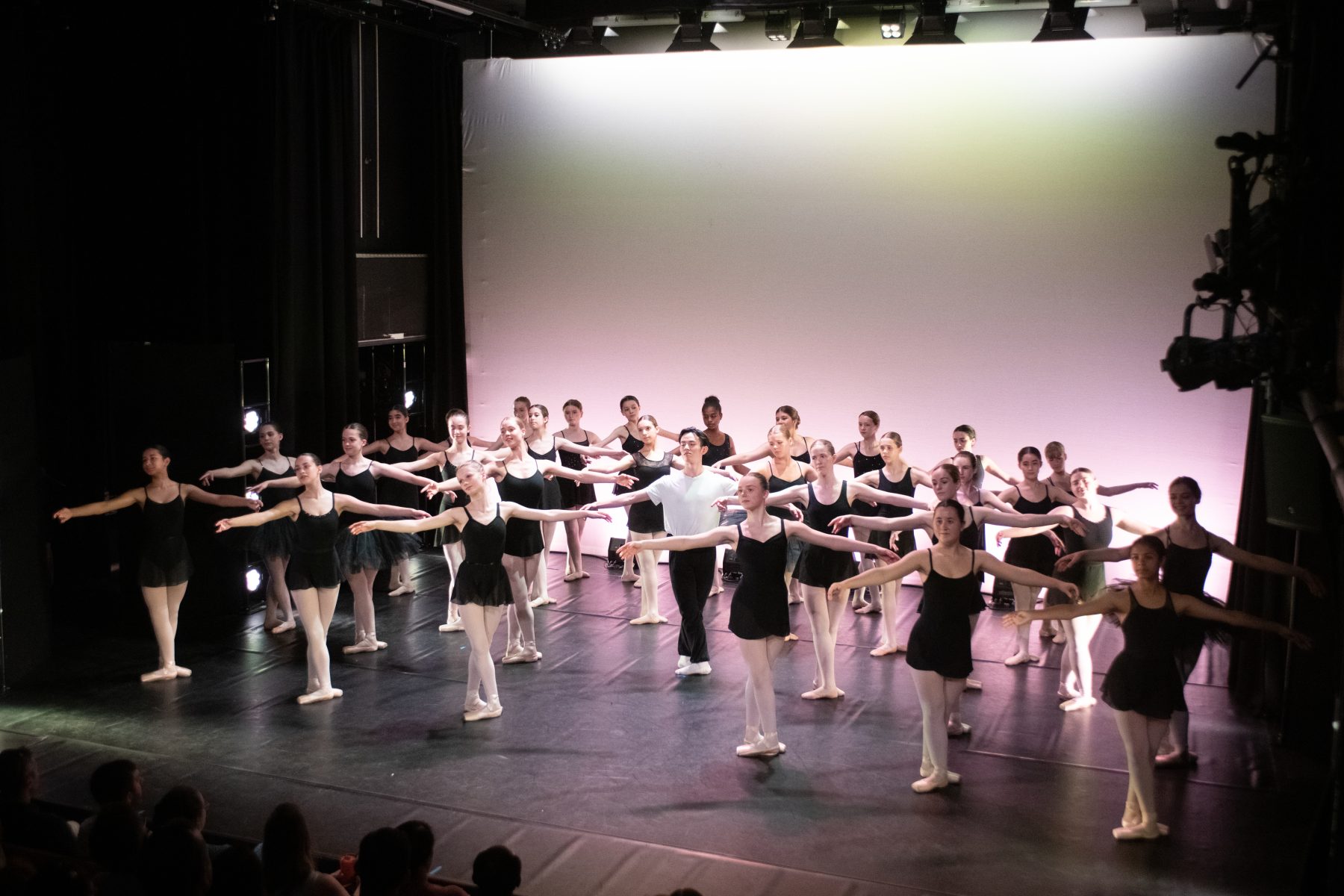 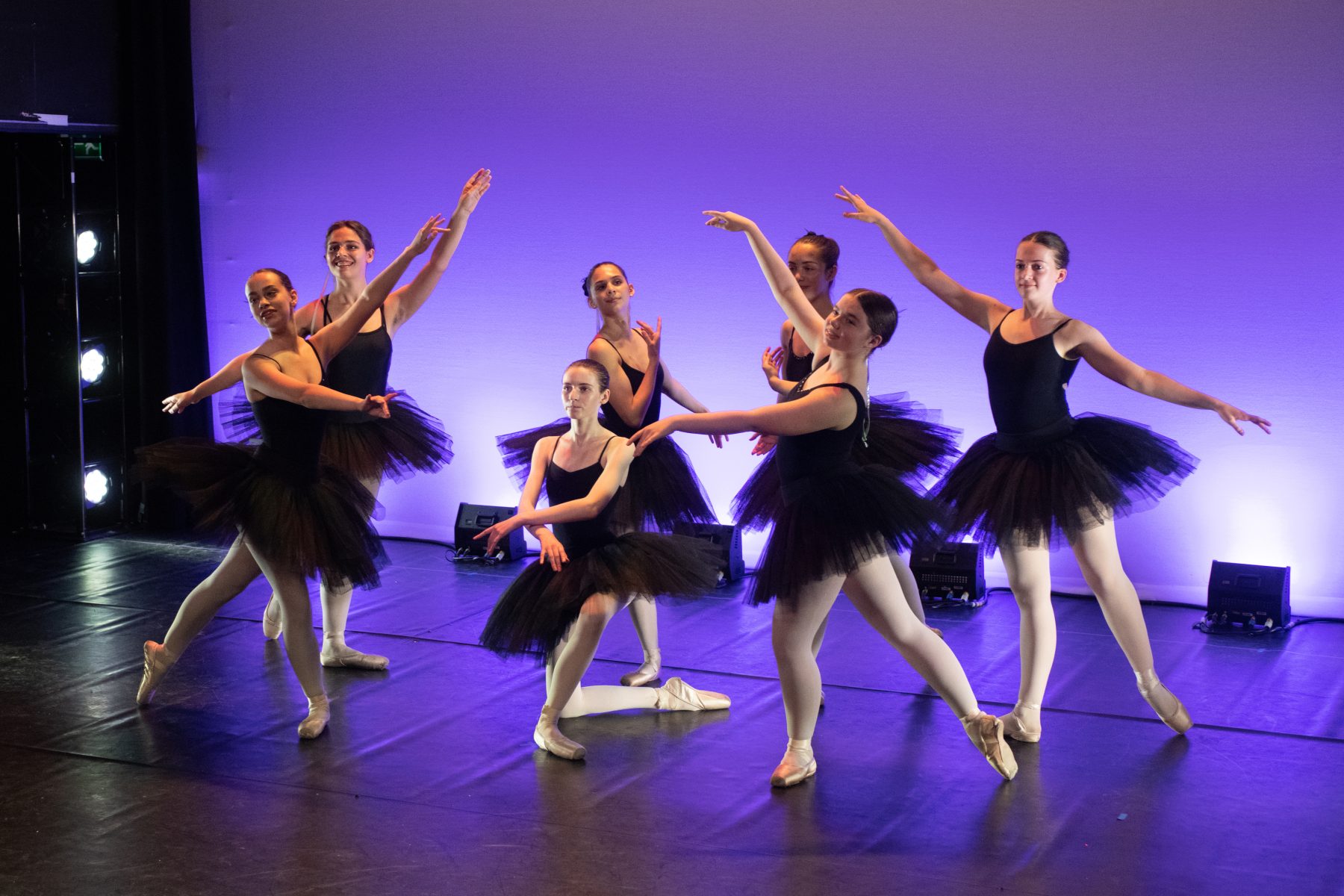 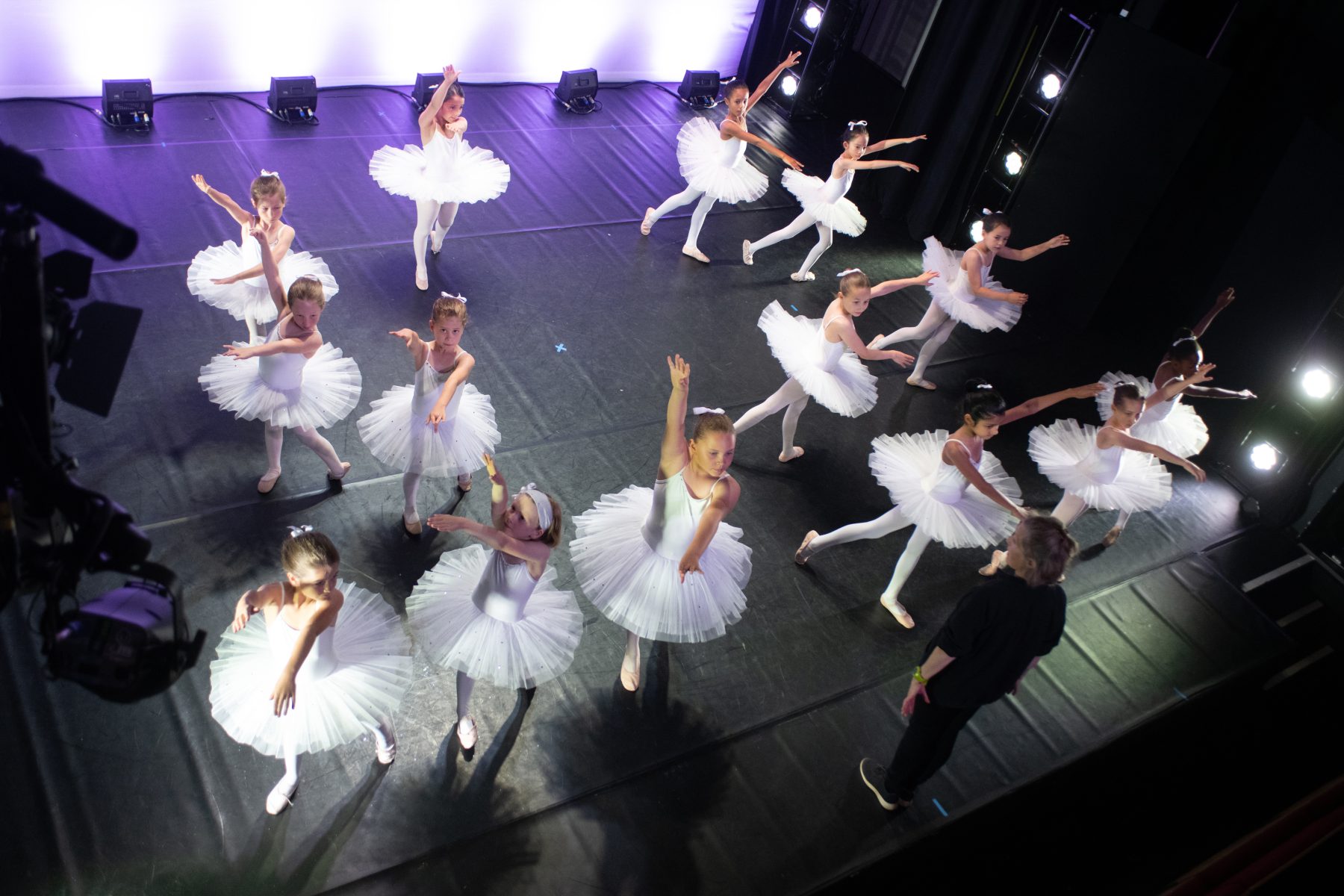 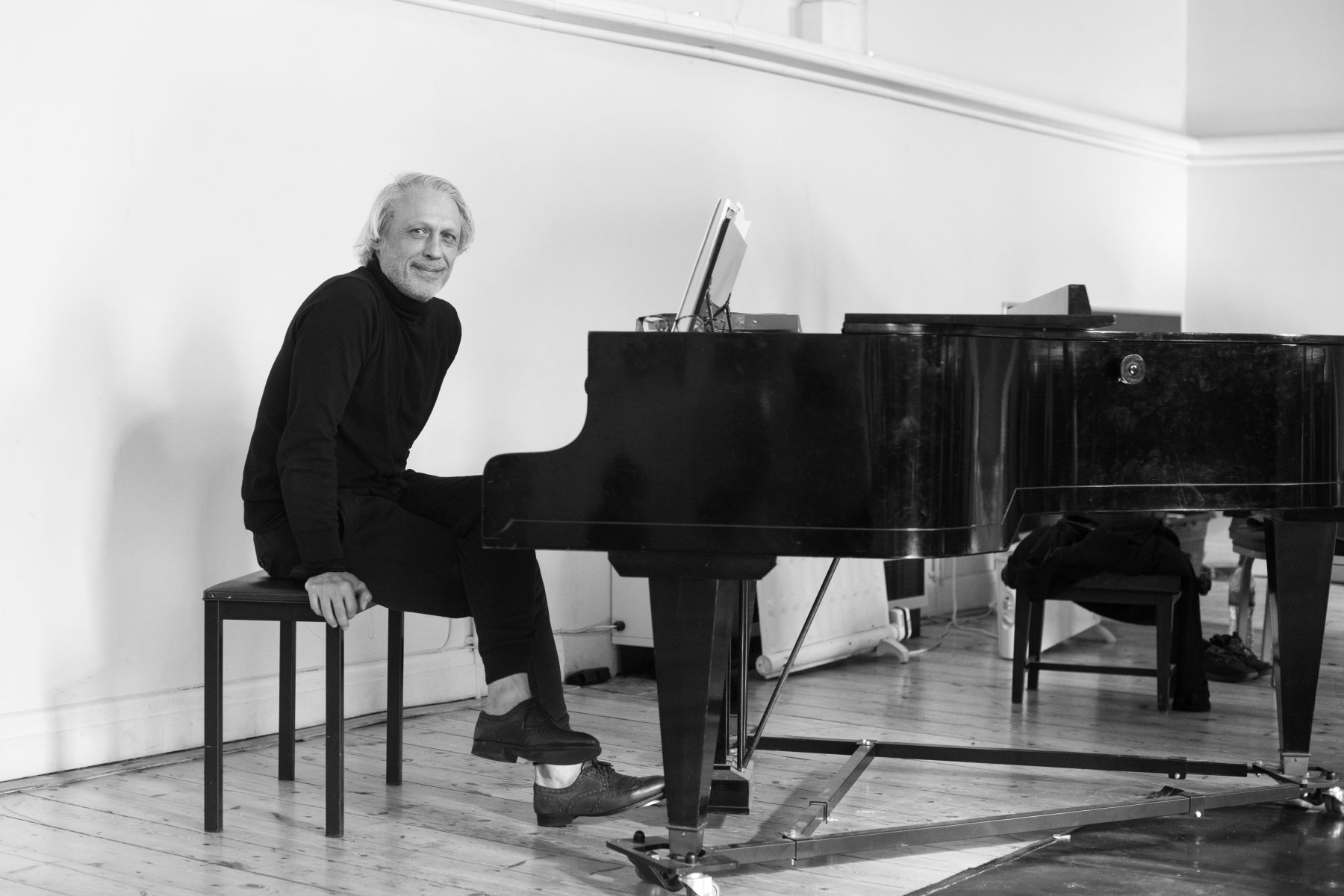 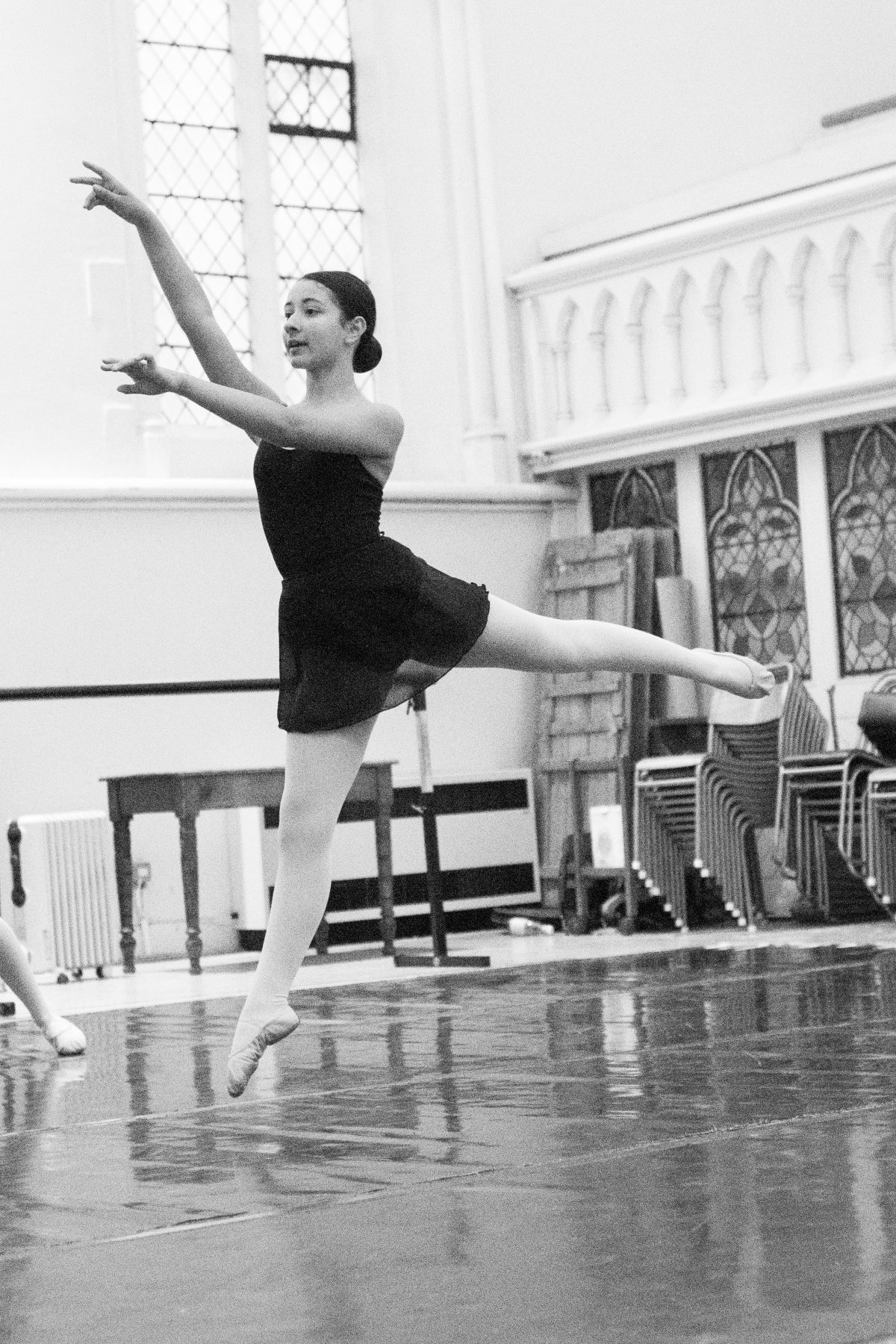 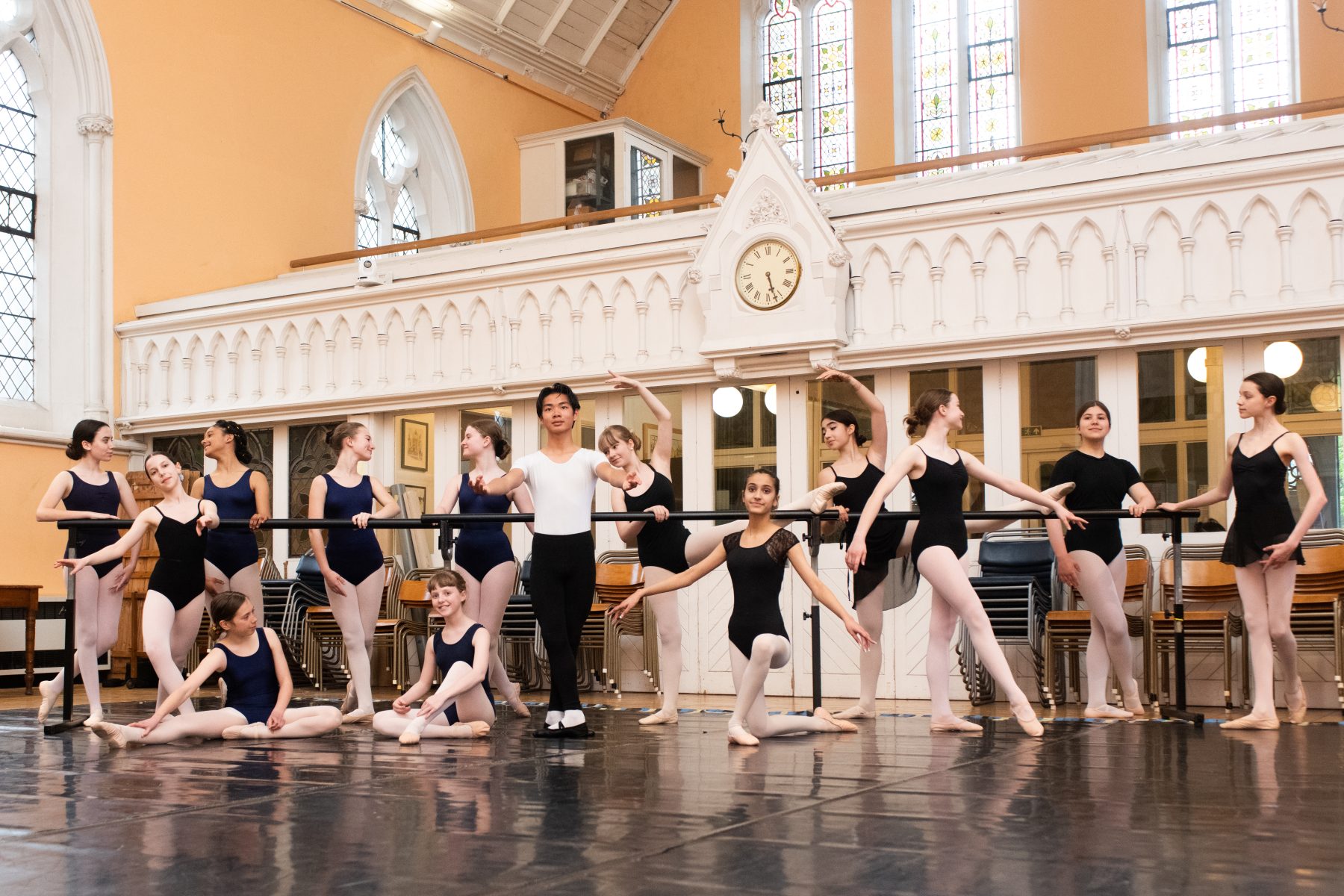 Grade 5 in the chapel space Photo by Karolina Webb